Special thanks to Brett Weiss owner of GorillaSnowGear.com for capturing the video and the folks at KOP for allowing us to share it!

It happened at the MMA event KnockOut Promotions KOP 54. Fighters Ryse Brink and Joseph Nehm squared off inside the cage at the Deltaplex in Grand Rapids, MI. The fight started off as most fights do, but the finish and what happened after is nothing short of amazing. 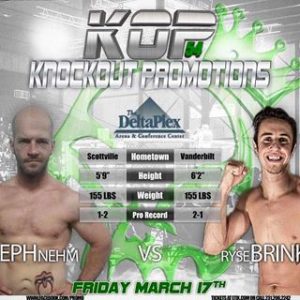 In most combat sports, especially boxing and MMA, fighters are told to “protect themselves at all times”. Rarely does this apply to the referee. Tonight this referee was forced to put in some overtime as the fight continued after the knockout.

In the video below, you can see Nehm’s team rushing to pull him off the referee. Language by the person recording the video is NOT SAFE FOR WORK. 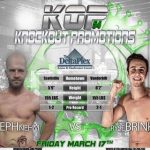